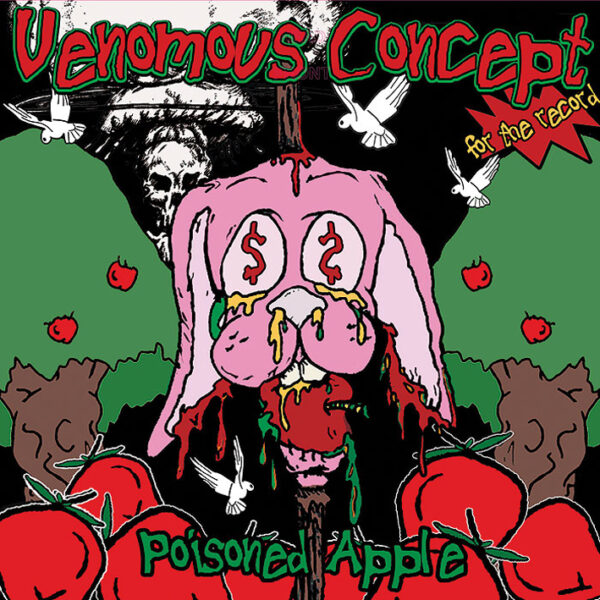 Poisoned Apple harkens back to the no B.S. attitude of bands like Black Flag, Poison Idea and Systematic Death. The fact that the band formed out of a shared admiration for the brilliant insanity of those three should come as no surprise. While original guitarist Buzz Osborne (Melvins) had to bow out of this second record after contributing to the 2004 debut, Retroactive Abortion, Embury recruited close friend Lilker to fill in on bass while he handled the axe himself. After releasing a Split EP with Japanese Grinders 324, the band entered the studio to record Poisoned Apple. The result? Pretty f-ing brutal. Driven by an unrelenting outlaw spirit, their second album is as refreshing and ferocious as it can get. VENOMOUS CONCEPT are offering classic old school hardcore/punk at its best – honest, aggressive, outspoken & energetic to the max!!! Coming out soon on Green vinyl!!!