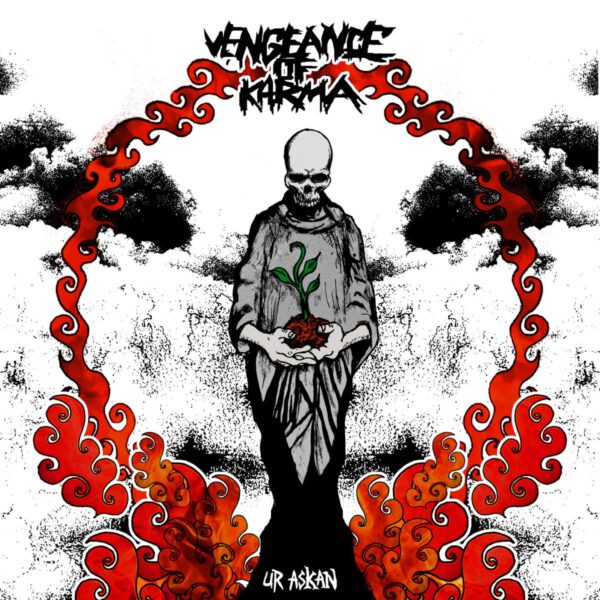 VENGEANCE OF KARMA – Ur Askan – LP

Debut album from crust / hardcore / d-beat  band coming out from Kristinehamn (Sweden) with members from bands like Myteri, Förgiftad or Gränslandet.  Vengeance Of Karma started in late 2008 and has released several demos and guested on compilation records around the world. In the beginning it was more a crust band with fast, angry and more raw feeling over the band. Within time Vengeance Of Karma have been going more to an rhytmic and melodic hardcore with d-beat in the ground with some metal influences. The raw feeling is still there but with more atmosphere. Think latest recordings from bands like Martyrdöd, Myteri with touches of classic scandinavian crust bands like Skitsystem or Wolfbrigade. Pressed 500 copies. 400 on black vinyls and 100 on yellow / orange splatter vinyls as a limited edition. Cooperation between Phobia Records, Ofog Och Motvals Records, The Mind Is Everything Records, Angry Music Records and 5 Feet Under Records.