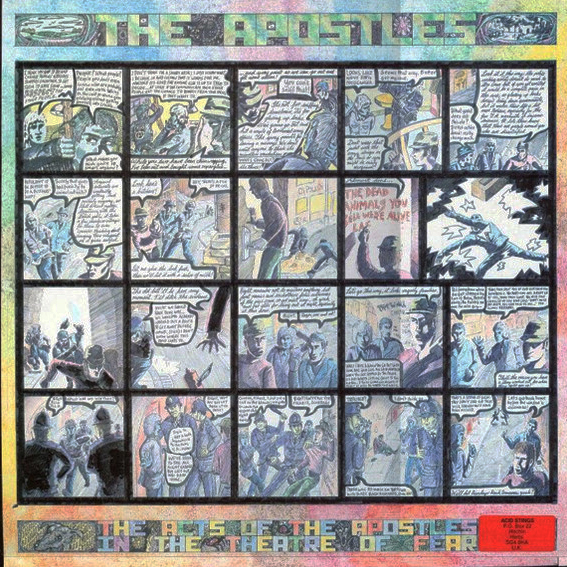 Original stock copies of this 1988 anarcho punk release done on the Acid Stings label (Astronauts, Hellbastard). While this LP didn’t come out until 1988, the vast majority of the songs were written during the earlier period of the band between 1980-1983. The remaining songs were written in 1985 and 1986. Due to this fact, the band considered this album to be their third proper album chronologically despite the fact that it was released after their fifth LP. With that said, the music is as high a quality and lyrically vicious as the best Apostles material. The Apostles truly were not afraid to take on any topics, and that’s firmly on display here with a song entitled “Fucking Queer” from a period long before homosexuality and gay rights became an accepted progressive cause. This is the type of thing Andy Martin and the Apostles were known for, and i think this release is a quality anarcho punk album that still holds up very well.