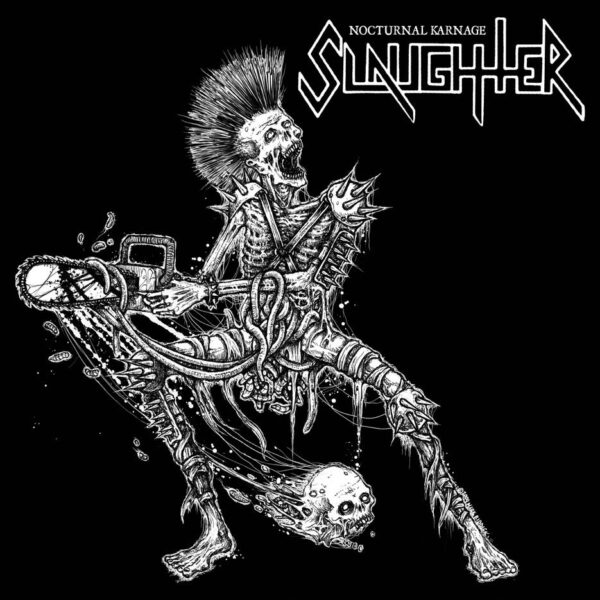 Incredible reissue coming along. They have been defined as the punk version of Celtic Frost, they have been covered by Napalm Death, Macabre, Warhammer and more. Chuck Schuldiner of Death has played with them for a while… they are for sure the kind of metalpunk forerunners and a sure influence on the development of death metal with their 1987 “Strappado” album. We are honored to repress their rarest stuff. “Bloody Karnage” is the 1984 demo, their first official output ever for the first time officially on vinyl. “Nocturnal hell” is a 7″ EP pressed in 1986 in 1000 copies and never officially re-released, here it comes directly from the vinyl keeping the original raw sound and mixing (different from the one heard on “Strappado”). On top of that an additional rehearsal track from 1986. Don’t miss this one! Comes with 4 pages insert with original artworks, pictures, lyrics and liner notes. Myspace