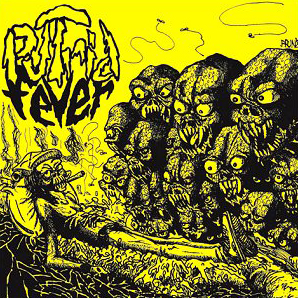 PUTRID FEVER – Do you Remember? – LP

Putrid Fever were one of the leading acts of the so-called ‘Granducato Hardcore’ movement, a group of punks and outcasts born and raised around the legendary ‘Victor Charlie’ squat in Pisa, and including among others such names as Cheetah Crome Motherfuckers, Stazione Suicida or I Refuse It! Before their guitar player and founding member Fefo Forconi moved on to further glory by joining American band TOXIC REASONS in 1985, Putrid Fever managed to release an astonishing demo tape followed by their famous debut 7″, both collected here along with their track from the “Goot from the Boot” compilation. A rare slice of hardcore made in Italy!