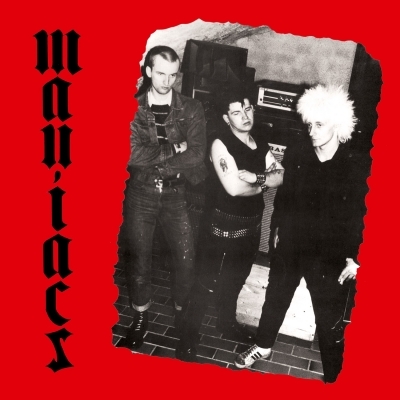 One of the few German punk classics that has not been reprinted yet is the MANIACS / TIN CAN ARMY Split LP. MANIACS was a hardcore punk band that born in the summer of 1982 in Rotenburg from a few local bands (Blutverlust and Bunker). Which was connected from the beginning to the English hardcore punk style (G.B.H.VARUKERS, ONE WAY SYSTEM). In their texts, the band picked up on classic political point themes and sang against right-wing extremism and the established society. TIN CAN ARMY from GÃ¶ttingen was the house band of the Juzi GÃ– which was founded in 1982. The first release was released in 1983, the split LP with the MANIACS. The recordings were then recorded under pressure of time in the Musiclab in Berlin. Lyrically, Tin Can Army were very politically on the way, which was probably already too much for the label at the time, since a large part of the edition was supplemented by T.C.A. was not settled. The Ox-Fanzine described the band, which was quite rare, as “Best German intelligent Punkrockunderground, which is even more enthralling 20 years later.” The split LP was released in 1984 at the time known in Germany label “MÃŒlleimer Records” ( including Inferno, Normahl, Chaos Z and many others). The Rerelease comes in the original cover artwork as InsideOut version, plus a 24-page booklet (also with the information that was left out at the first edition) and a 30cm x 30cm flyer.