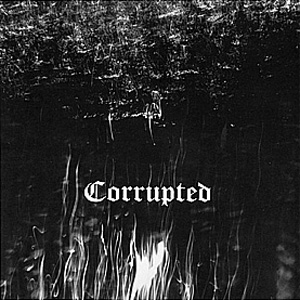 THE PASO INFERIOR LP is about 30 minutes the CD was 41 minutes.Corrupted re-recorded and remixed this new record in 2002. Side one is like the theme from the cd just it’s like about 15 minutes short…and in my opinion it sound much better than the orginal from 1997. The B side….which still reads as 1 track of the LP but feels more like a second track is about 16 minutes and is more heavy spheric… without vocals …and there is anything like that on the CD fom 1997.

Japanese underground icons Corrupted create droning, sludgy, painfully slow death/doom metal and ambient music along the same lines — or should that be trenches? — as bands like Earth, Boris, and Sunn O))). Formed in Osaka, Japan, circa 1994, the reclusive group is comprised of vocalist Hevi, guitarist Talbot, keyboardist Takehito, bassist Jose, and drummer Chew, and has issued an inordinate number of singles, EPs, split discs, and full-length albums over the years (including 1997’s Paso Inferior, 1999’s Llenando de Gusanos, and 2004’s Se Hace por los Suenos Asesinos) — but always under their own idiosyncratic terms. These include holding anything remotely resembling rock stardom in utter contempt, mysteriously writing all of their lyrics in Spanish, and refusing to even take promo shots, so that the only known images of the group are those snapped by fans at their concerts. Adding to this uncompromising reputation, Corrupted released a 70-minute piece of music as their fourth long-player, 2005’s El Mundo Frio. ~ Eduardo Rivadavia, All Music Guide

This is not a vinyl Press of the cd from 1997. It’s a new recorded and remixed album from Corrupted. The LP comes with a black on black cover.