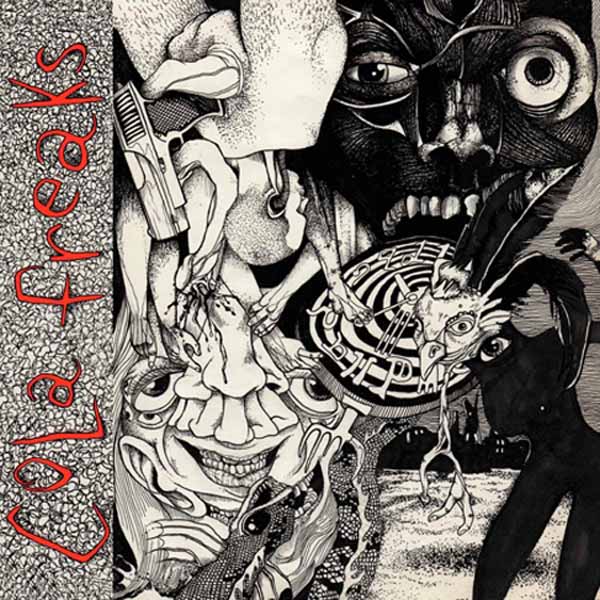 Cola Freaks from Århus, named themselves after a song by the Danish punk veterans Lost Kids, are fully on the current wave of hot Danish bands that have their roots in the late 70s/early 80s, but use them to develop the sound of today. The band was formed in late 2006 with former members of bands Bitch & Rats! In August 2007 they went to America at an impressive two-month tour that covered 39 states in total. At that time the band had existed for less than a year and only released their 1st EP. Chimera released their second EP in May 2008 and in late summer 2008, the band again toured the USA, this time as opener for Jay Reatard. 11 songs on this album that blows me right away, the lyrics are in Danish, musically a very distinctive synthie/organ sound pervades bleak gruff Punkrock, that somehow sounds retro but also owns impulsive post-Punk-rhythms and cold arty Wave-aesthetics. In the end, 11 cool & melodic catchy ’77 garage punk tunes how’s i like from these hot Scandinavians. TOP!