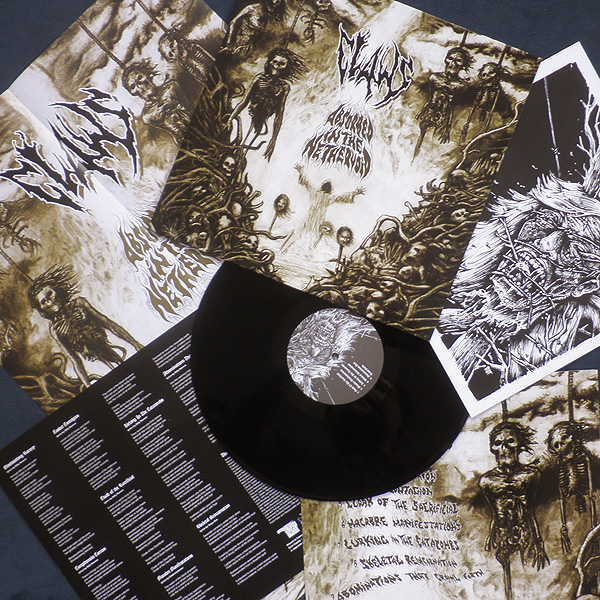 CLAWS – Absorbed in the Nethervoid LP

CLAWS started in early August of 2008 as one-man project when Lasse (HOODED MENACE / ACID WITCH / PHLEGETHON) wanted to start a Death Metal band highly influenced by the cult Swedish death metal band Crematory from the early 90’s, as well as other rotting and cryptic sounding bands such as Derketa, Nihilist, and Incantation. This style of death metal is very rare today and Lasse felt he could have fun writing some very raw, heavy, and utterly haunting songs in this way! Fans of early 90’s Death Metal will salivate over this 9 song platter of cryptic darkness with themes of decaying terror, cobwebbed mausoleums, shambling zombies, demonic ghosts, forgotten cemeteries, and morbid creatures that are not of this Earth!

Death Metal was meant to be underground and this is what CLAWS is all about…what lies beneath is where Death Metal TRULY lives!