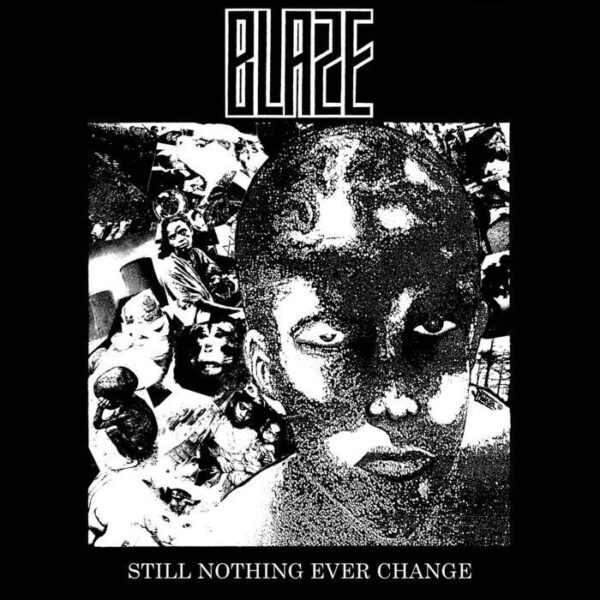 BLAZE – Still Nothing Ever Change – LP

https://generalspeech.bandcamp.com/album/still-nothing-ever-changeDespite being active for just 4 years, BLAZE lit a fire that burned for years to come by captivating the hearts and ears of Japanese hardcore fans the world over. In 1992 in the wake of the gulf war and other global conflicts, BLAZE released their only EP “But Nothing Ever Change”. In 1993 and 1994 they participated in omnibus compilations from Japan and the UK. In 1997, BLAZE tracks were posthumously released on a compilation from Finland. Each of these releases was like a short sharp shock reaching more people across the globe, but also leaving fans wanting more from this excellent band that for many years seemed like one of Japan’s best kept secrets.“Still Nothing Ever Change” is a reminder from BLAZE that in 2020, the world is still in turmoil, and their music and lyrics are still relevant. The LP collects 14 tracks, the entirety of BLAZE’s studio output, including completely unreleased material. The LP also includes their lyrics in both Japanese and English, and a selection of historical photos. The CD version collects the same studio tracks from the LP, as well as an excellent quality 7 track studio demo with even more unreleased material, and is accompanied by the original Japanese lyrics and historical photos. Both the CD and LP versions have been remastered for analog and digital from the original master tapes to coalesce as one full length album, that had they been able to release during their existence, would largely be considered a genre classic.