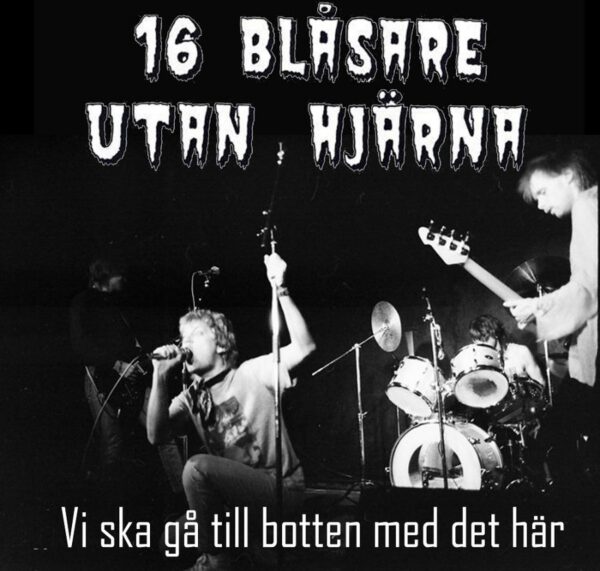 16 B.U.H. was formed in 1986 in a small Swedish town called TranÃ¥s, with members from ROVSVETT, REARESPIRATOR among others. LÃ¶ken played guitar, Mange handled the vocals, Frank the drums and Jimpa, the man who coined the phrase “kang”, played bass. Like so many other bands we recorded a couple of demos, were on some compilations and split-ep’s and released our own 7″-ep Cirkeln Ã€r bruten 1988. We played a handful of gigs in Sweden, Norway and Denmark and also did some small touring going by interrail ’88 and ’92 when we played Holland, Belgium and Switzerland. Money got lost, guitar was stolen, sleep was missing, drinking wasn’t. All in all, chaotic but fun. It’s punkrock, right!? On the second tour to Switzerland we were joined by Fredde, the younger brother of Mange, on guitar. Anyway the band ceased to be in the mid 90’s but did play one reunion show in our hometown TranÃ¥s 2004. The stuff you’re about to listen to was recorded in ’89 (same era like Mob 47, G-Anx, Filthy Christians, Kazjurol) and was supposed to be our first lp. Raging mad Swedish hardcore punk from the archives, blistering fast with lethal melody and shouted angered vocals. For various reasons it was never released. But here we are, well into the 21st century, and the songs will finally be released. It’s the last thing you’ll hear from us but it’s actually the first lp…so enjoy! Youtube