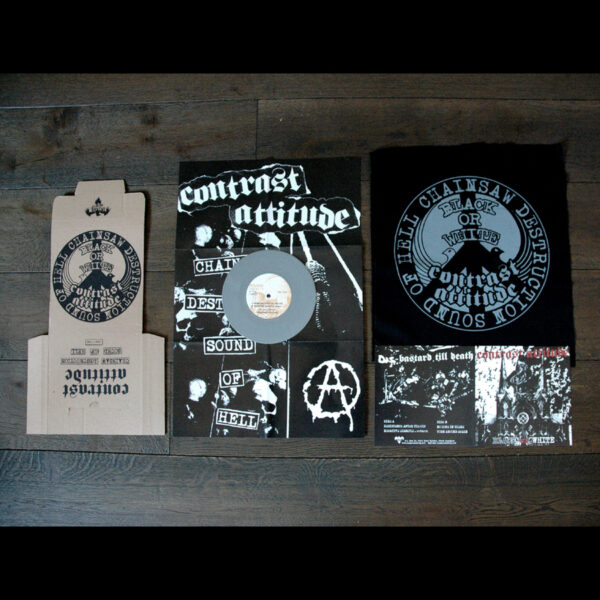 Hellishly loud commando from Mie-city strikes again and after their last record, split 7“ with SEE YOU IN HELL, here comes the European press of their second seven-inch, originally released last year in Malaysia. CONTRAST ATTITUDE don’t really change or evolve with age, after all, these words on the cover state it clear: „Dis-bastard till death“. Their DISCHARGE-assault, played with Japanese fury and guitars slicing like katanas, sounds as extreme as ever. As on their previous records, listening to these 4 songs one can really very vividly imagine the nightmares of war – dark whir of bombers in the air – nuclear submarine suddenly surfacing on the sea – or thundering of tanks approaching the town. Authentic and destructive business!

Released in edition of 500 pieces on black vinyl and also in a limited edition of 150 pieces on grey vinyl inside a silkscreened cardboard box with a backpatch and a poster.