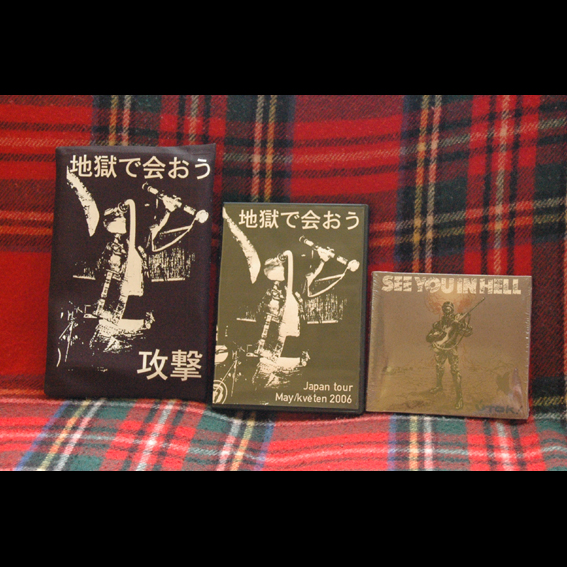 “I guess SEE YOU IN HELL (= more or less former MRTVA BUDOUCNOST) are not born to frustrate me because like their “Split kazeta” split tape w/HOMO CONSUMENS, the split 7”es w/MINDLOCK (01), MASSGENOCIDE PROCESS (05) and THE PUBLIC (03) and the “Umet se prodat (Market Yourself)” 12” (04, this brand-new 12” is the shit. You know, there’re a truckload of spanking bands within the Eastern European countries, but SEE YOU IN HELL are amongst the finest. On “Útok!” (=  “Attack!”) this quartet out of the Czech Republic focuses on quicker paced, muscular, every now and then harmonious, but always exceedingly pissed off, massive hardcore/punk with even more pissed off singing parts. Ha, I believe these guys have a ton of classic Japanese records within their collection – always a good sign! In spite of everything, this 12”, which resides in a vast gatefold sleeve, is a modern day masterpiece!”
(Loser – Short, Fast And Loud zine issue 18)