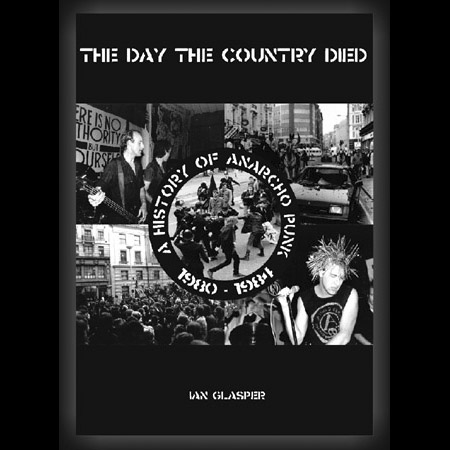 Just as Burning Britain provided the definitive picture of straight down the line UK punk from 1980 to 1984 this volume tackles the Anarcho punk scene for the same period. Ian Glasper has caught up with original members of dozens of bands from the period to find out that far from all sharing a similar outlook they were far more diverse than their record sleeves suggested. There are extensive interviews from the scenes bigger bands such as Crass, Conflict and the Subhumans right down to those bands who never quite made it to vinyl but still managed to exert an influence on the movement.

Bands Featured in The Day The Country Died: