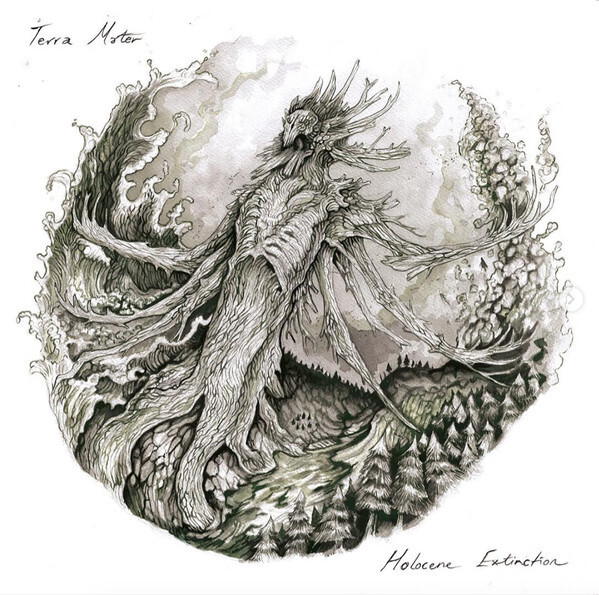 Terra Mater’s Holocene Extinction (i+ii) is an amazing LP; the result of an ambitious vision to explore a sonic representation of the obliteration of all life on earth. Two 15 minute songs on one LP unleash a kind of crust metal rock opera concept album, complete with strings, and a gatefold sleeve with artwork by Alex from Fall of Effrafa. It comes across like a meditation on man’s destruction of the waterways, forests and ecosystems collapsing. (Bad Habit)Brisbane/Sunshine Coast’s Terra Mater have a brand new release in the form of ‘Holocene Extinction Parts I & II’ – a co-release by Alerta Antifascista Records, Les Nains Aussi Records, Counteract Recordings, Bad Habit Records, and Tasmanian Alcoholic Zine & Records. The release is an unrelenting, down-tuned, strings-driven melodic d-beat hardcore, with a neo crust-edge and outstanding brutal female and male dual vocals. That’s a lot to take in, but with their extremely powerful lyrics, artwork and presentation, combined with this massive sound, ‘Holocene Extinction…’ is VERY dark, heavy, yet melody driven. (The Point)