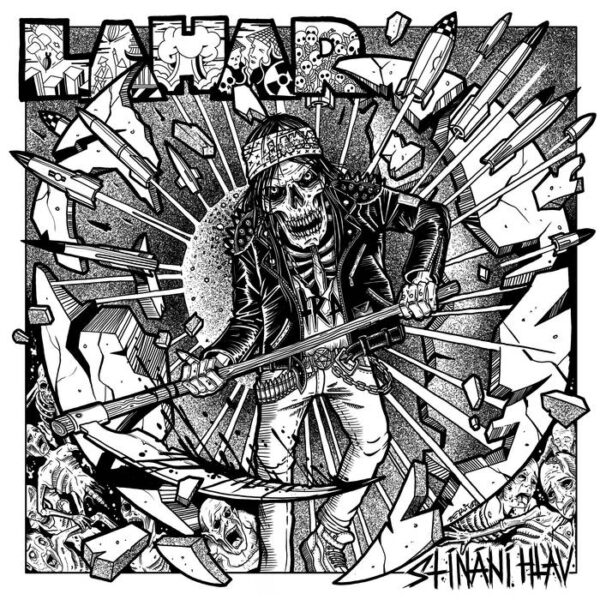 After 11 long years, several records and line-up changes, finally Czech thrashers LAHAR is releasing full-lenght album called “Stínání hlav”. The current band members are in top form at live shows and in the studio too. Get ready to sharp and brutal thrash metal on this record. We consider this album to the best in their discography!

Album „Stínání hlav“ offers 10 new tracks and is released on vinyl as exclusive die-hard gatefold LP edition (limited to 150 copies), regular LP edition on black vinyl, cassette and digitally. All releases include booklets with lyrics and photos. Cover artwork was created by the band’s former bassist Gizbern. This release follows the great band’s records that have been released on Doomentia Records between 2011 – 2018.