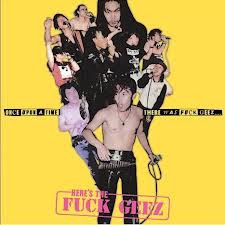 FUCK GEEZ – Once Upon A Time There Was Fuck Geez – LP

HARDCORE-PUNK. The FUCK GEEZ 1st formed in Osaka, Japan in 1982, taking inspiration from ’77 UK punk bands as well as Japanese hardcore bands of the era. The band then relocated to Kyoto, Japan in 1984. They first debuted with the cut it off” flexi in 1983 followed by many other releases. This best-of release contains 14 songs by the FUCK GEEZ and gives a good overlook of their entire work. Vinyl includes a digital download with an addition for a FUCK GEEZ live show.