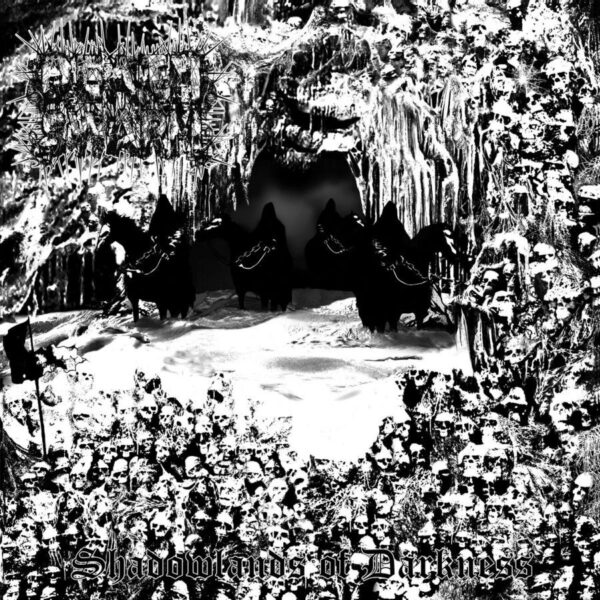 Shadowlands Of Darkness” is killer death metal tunes inspired and captured with the magical putrid essence of the old era of bands like: Repulsion, Death, Master and Bolt Thrower.
Although the Swedish death metal band DEATHSWARM was formed in the summer of 2017, the idea for this project was born three years earlier when guitarist Anders Eriksson, and vocalist Heval Bozarslan (both members of SARCASM) and guitarist and songwriter Johan Haag, talked about starting a project together (while drinking lots of beer and listening to their favorite band Bolt Thrower) and to write some really old style of death metal music to pay tribute to the past when this adored genre was new and exciting. Time passed, members were busy with other projects, and so no one talked about this idea which more or less was forgotten and dissipated in the fog of thousand hangovers. And when least expected, Johan revealed (after a few beers) that he had written about 10 songs for this project. Surprised, delighted and amazed were the other guys by how this had turned out and convinced eachother that this material must be recorded and be released as an album. Lyrics were written, pre-productions began, and more beer were opened and they were ready. Inspired primarily by old gods like Bolt Thrower, Autopsy, Master, Death, Repulsion, the band was armed with some killer death metal tunes that captured the whole magical putrid essence of that old era. Of course, they needed a bass player so they asked their long-time friend Nicklas Gelotte to join and Alvaro Svanerö (also from SARCASM) joined as the drummer. A two track demo was recorded in an old-fashioned way in February 2018 which led to a deal with Chaos Records for CD and PSYCHOCONTROL Records for LP and TAPE. The album is recorded at this moment at HSH Studios in Uppsala and will be mixed by Johan Ericson at Studio Dead Dog Farm this summer. The yet untitled album will be released April 2019. Expect a great death metal release!