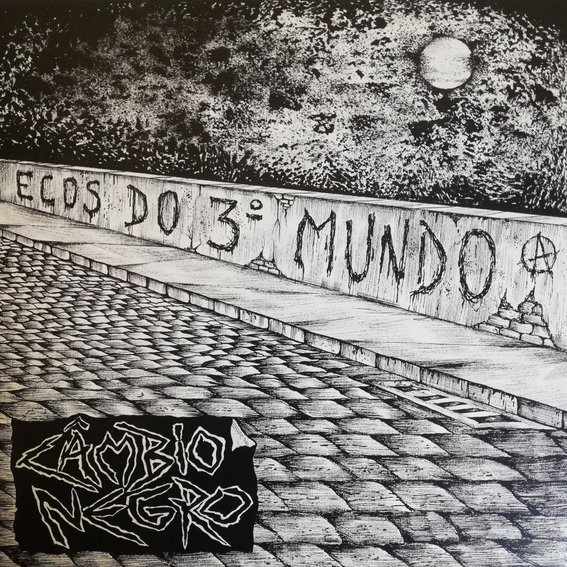 Câmbio Negro, is a seminal Hardcore Punk band from Recife – Brasil, formed in 1983 they were one of the first bands playing that kind of music on the North East of the country and the first on
that region to release an album. “Ecos do 3° Mundo” was previously released as a demo tape in 1989, and is considered by many their best stuff, brutal, raw, energetic Hardcore. PunkVortex records has unearthed the original recording, restored, remastered and released it on vinyl. The original artwork has been also revamped! Taking into consideration that the songs were stored on cassete tape for decades and obviously lost a bit of quality, thefinal result is great! I am very proud of rescuing this piece of Brazilian Hardcore Punk and making it available to all.