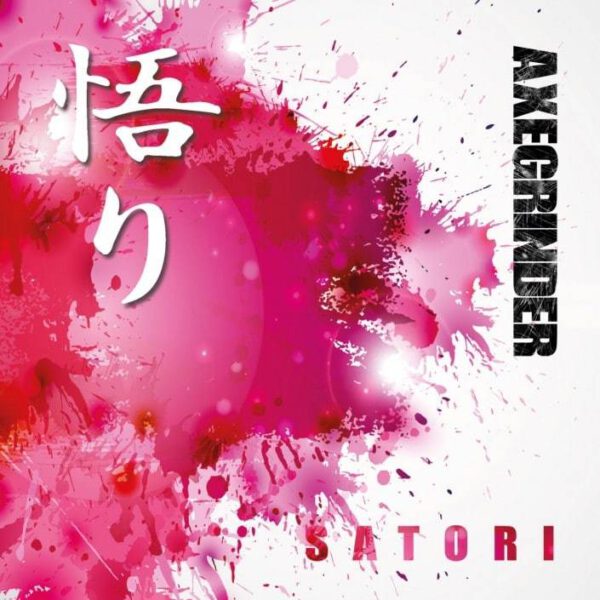 It’s been a long, long time but the second full-length album from UK grinding punk legends, Axegrinder, is finally here! We can safely say, it has been worth the wait. All LPs are heavyweight vinyl with lyrics insert.

You can feel it as much as hear it: the sound of crust-punk, scabrous and bleak – a soundtrack for the slow, painful disintegration of society and perhaps even humanity itself. A jolting, icy blast of reality through the world’s shattered windows. The sound of despair turning to defiance. Formed in London in 1986, Axegrinder arrived as the ongoing post-punk melting pot began to conjure ever-heavier new hybrid strains of the hardcore punk and underground metal scenes that were still only a few years old. Following in the groundbreaking footsteps of peers like Amebix and Sacrilege, the band swiftly established themselves as one of the most musically adventurous and hair-raisingly intense bands the UK had to offer. Renowned as an explosive live band, whether playing in a rot-infested squat or venturing into bigger, shinier venues, Axegrinder cemented their burgeoning reputation with their monstrous debut album The Rise Of The Serpent Men. The follow-up to a trio of widely hailed demos, it was released in 1989 via legendary British metal imprint Peaceville Records and was heralded as an underground classic. A brave, belligerent album that aggressively filtered Killing Joke’s pulsing nihilism through a prism of post-thrash grinding power, it was years ahead of its time. Unfortunately, the first chapter of the Axegrinder story came to an abrupt halt not long after the release of …Serpent Men. After years of hard slog around the squats and pubs of the UK, both guitarist Steve Alton and vocalist Trev found themselves becoming increasingly disillusioned with the scene that they had helped to forge. Newly signed to Rise Above Records, Axegrinder will release Satori into a world that seems every bit as fucked up and bleak as the one they angrily assailed first time round. In reality, the anti-authoritarian message that burned at the heart of the crust-punk scene three decades ago has never lost its relevance or its power. From the crushing, slow-burn assault of Halo (Snakes For The Breeding) to the warped, nihilistic balladry of epic closer Too Far From Home, this is music that screams its righteous fury and creative clout from the rooftops.