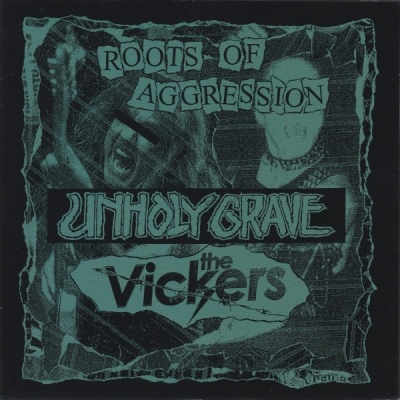 Takaho of UG was always seeking for the chance to invite VICKERS to his own event “GRIND FREAKS” since he got strongly impressed by the VICKERS show he saw few years ago. And after some twist and turn UG and VICKERS had a chance to play together in july 2007.
At the rehearsal of the show Takaho saw the VICKERS playing “Aces High” of IRON MAIDEN which he got strongly impressed again.
Later the offer was done between two bands to release the Split cover EP, IRON MAIDEN’s “Prowler” by VICKERS and VENOM’s “Countess Bathory” by UG!
All artworks by Takaho, one of the special release amongst dozens of UG split releases!!! Ltd. 600 copies.