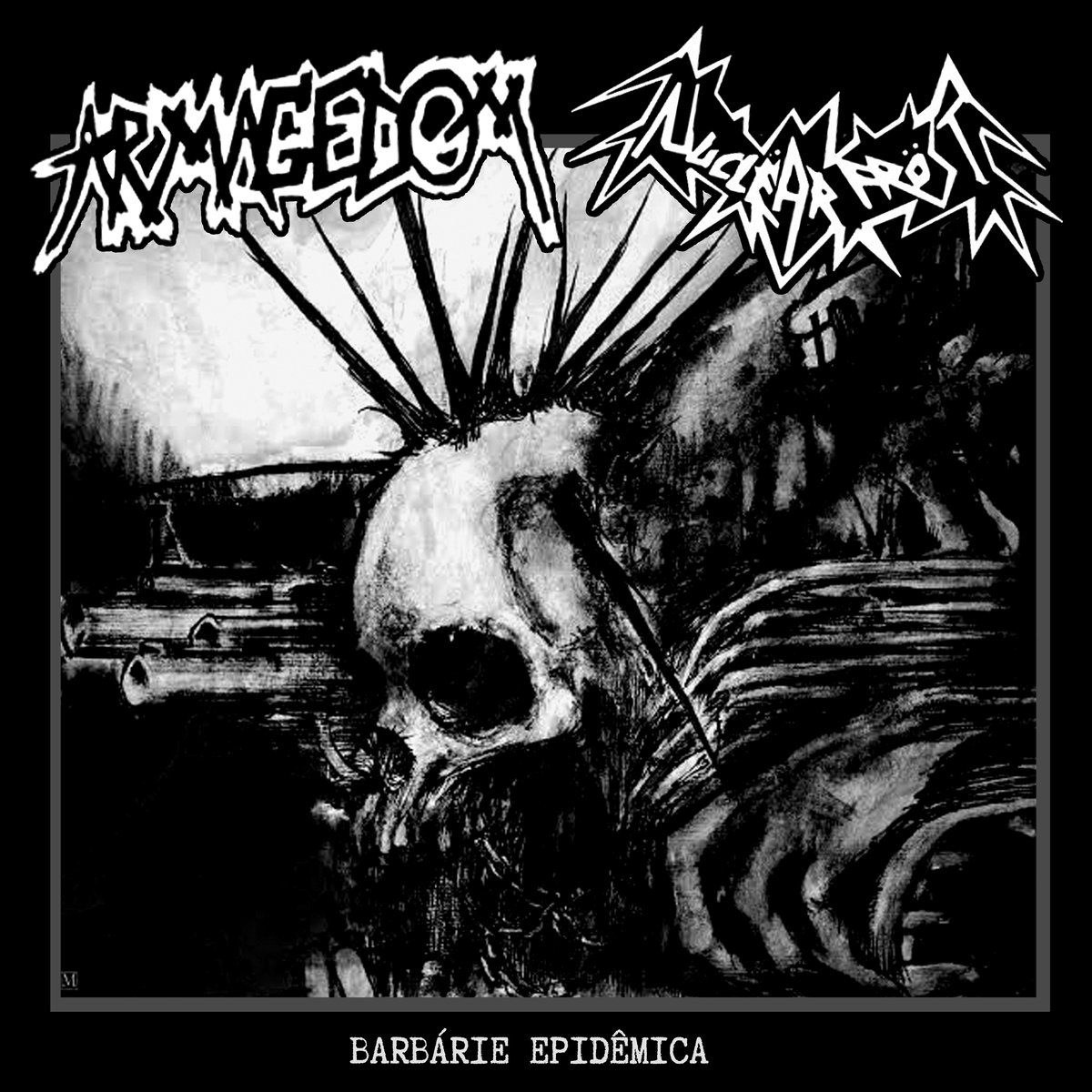 Split EP involving two bands that I really like. Armagedom is a classic band from the Brazilian scene and they are still putting firewood on the fire to keep the flames burning and the band plays two tracks called “Assim Desabam As Vidas” and“Agonia Abissal”. Nuclear Frost is another band that stays firm in the underground scene and dispenses with more comments, because what the band plays is really great and in this record they also present themselves with two tracks called “Wargasm” and “Indian Genocide”. Badass!